Georgian house and cottages situated just off the Ring of Kerry, accommodating up to 30 people.

Kerry Manor House is listed in affiliation with Olivers Travels.

An attractive mid-Georgian house and cottages situated just off the Ring of Kerry, five miles west of Killarney. Set in forty acres of woodland overlooking the River Laune, it is ideally placed for exploring the many attractions of Kerry.

The original building on the site was a short castle, so called because it was only two stories high. It was built by Captain O'Sullivan in 1641 and attacked by Cromwell's forces in 1654. In about 1760, the present house was built including having the remaining three walls of the castle forming the hallway. The interior was altered in 1830 and the chimney pieces and plaster work date from this time. The Manor House is approved by the Irish Tourist Board. It is listed in the current editions of the Fodor's and Karen Brown's Guide.

Between the main house and the four cottages, the owners can accommodate any number from one to thirty people. This is ideal for families or groups of friends who wish to travel together but retain their independence.

The Manor House: Totally refurbished in recent years it is now available for holiday rentals. It offers four large double bedrooms, each with king-size bed (convertible to twin beds) and en-suite bathroom. The reception rooms include a drawing room, library and formal dining room. Whilst offering peace and privacy, it should be noted that the house is a family home with two children and two dogs.

In 1998 the 18th century stone courtyard was converted to provide additional accommodation in four superbly appointed cottages. These are four-star rated for self-catering by the Irish Tourist Board. These lovely cottages are completely self sufficient and very well equipped. They are named after Killarney's rivers: The largest, Laune, has four bedrooms, Flesk has three bedrooms and Torc and Keal each have two bedrooms. The comfortable sitting rooms have warm, open fires, CD stereos, televisions and video recorders. Each cottage also has a utility room with washing machine. The two larger cottages have especially spacious dining areas and sitting rooms, ideal for entertaining. All the bedrooms are equally spacious with king size beds, convertible to twin, and every bedroom has an en-suite bathroom. The kitchen / dining room areas open on to south or west facing terraces with views to the mountains. The kitchens are equipped with gas hobs, double ovens, microwaves and dishwashers.

All linen including Egyptian cotton bed linen and bath towels are provided, but beach towels are not provided. There is also good, free wifi available, and several BBQ's.

Kerry Manor House is listed in affiliation with Olivers Travels.

The property is fortunate to have a number of excellent restaurants nearby, including two within a five minute walk. These are: The Beaufort Bar, the next door neighbour which was established in 1840 and reputedly serves the best pint of Guinness in Kerry. Pat Sheahan's Bar is a popular pub in the village that serves very good bar food and is ideal for casual dining.

The estate has nearly two miles of single bank salmon and trout fishing on the River Laune which flows through the grounds. The Laune is a short river, running only fourteen miles from the Lakes of Killarney to the sea below Killorglin. As the waters have only been lightly fished over the past few years, they have some of the best pools on the river and average 60 fish a year. There is also excellent sea trout and brown trout fishing. Writing in "Trout & Salmon" magazine, David Barr described the fishing as " ...the nearest thing to paradise I have ever seen". Further afield, salmon fishing is available on the Lakes of Killarney and there are a number of lochs stocked with brown trout. Deep Sea fishing trips can also be arranged.

County Kerry is heaven for golfers. Six of Golf World's Top 100 British and Irish Courses are in Kerry, and the house is ideally situated to enjoy them all. Just on the other side of the village is Beaufort Golf Club, a recently developed 18 hole parkland course with the back nine dominated by the ruins of the 15th century Castle Core and wonderful views of McGillicuddy's Reeks. Five minutes away is Killarney Golf Club, offering two superb 18-Hole courses. Situated beside the Lower Lake and with views up to the Purple Mountain and the Gap of Dunloe, Killarney is one of the most beautifully situated courses in the world. Slightly further afield is the admirable and comparatively undiscovered Dooks, an 18-Hole links course. Tralee is the first course in Europe to be designed by Arnold Palmer. Waterville, where Tiger Woods and Mark O'Meara practised for the 1999 British Open, and the two legendary links courses at Ballybunion are all within 90 minutes drive.

The traditional riding experience in Kerry is the trek through the Gap of Dunloe. This can be undertaken either as part of an all day trip coming back to Killarney by boat or alternatively as a one or two hour ride. The Killarney Riding Stables and the Muckross Stables both offer rides through the National Park. Burke's Horse Trekking in Glenbeigh offers spectacular seaside riding along Rossbeigh Strand. All the Stables cater for all types of riders, from children to adults, the beginner, to the experienced and provide suitable safety equipment. Pony trekking in Kerry can take guests to places otherwise accessible only on foot and is highly recommended.

The famous Ring of Kerry is a 104 mile drive around the coastline of the Iveragh peninsula, and includes Derrynane, birthplace of the Liberator, Daniel O'Connell, Valentia Island, terminus for the first Trans Atlantic telegraph and the beautiful market town of Kenmare. These are about 5 hours away. A wild and beautiful drive which skirts the foothills of McGillycuddy's Reeks and Lough Acoose and traverses the Ballaghbeama Pass, one of the most remote and spectacular landscapes in Ireland, before joining the Ring of Kerry road at Moll's Gap and returning to Killarney takes about 2 1/2 hours.

The Dingle Peninsula is less than forty miles away and was the setting for the films Ryan's Daughter and Far And Away. The Slea Head drive around the western most tip of the Dingle Peninsula brings one to Dunquin, the most westerly village in Europe, and the splendid Kruger Kavanagh's bar where visitors can drink the most westerly pint of Guinness in Europe, before visiting the 7th century Gallarus Oratory, a drystone chapel still waterproof after a thousand years. These are all about 4 - 5 hours away.

If the weather is fine a trip to Skelligs, a spectacular pair of Rocks rising vertiginously from the sea 10 miles off the coast, is a must. Taking a boat from Valentia or Portmagee, the trip passes Little Skellig, a bare rock which contains the largest gannet colony in Europe, and lands on Skellig Michael, which has the amazingly well preserved ruins of a seventh century monastic settlement on one of its two peaks. The climb of six hundred steps is not recommended to the very young or very old. Day trip.

The Beara is a wild and beautiful drive starting in Kenmare and ending in Glengarrif. At the southwestern tip is Dursey Island, accessible only by Cable Car, and there are the attractive villages of Allihies and Castletown Bearhaven. It is much less frequented than the Ring of Kerry and equally as attractive. It takes about 4 - 5 hours. 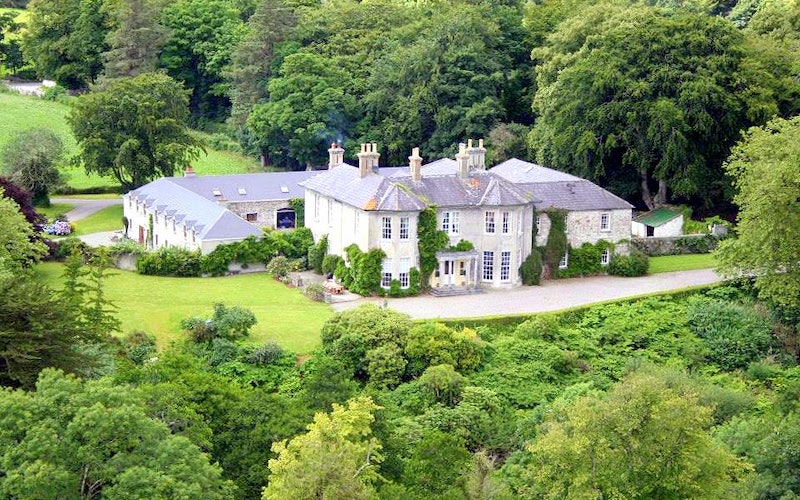 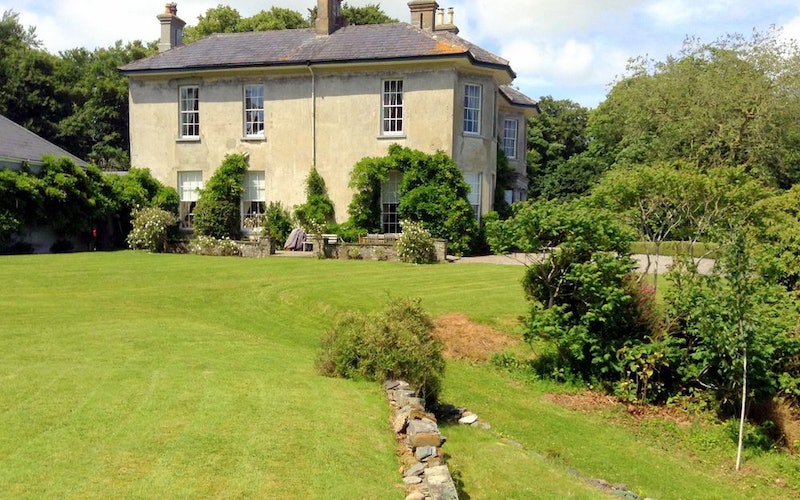 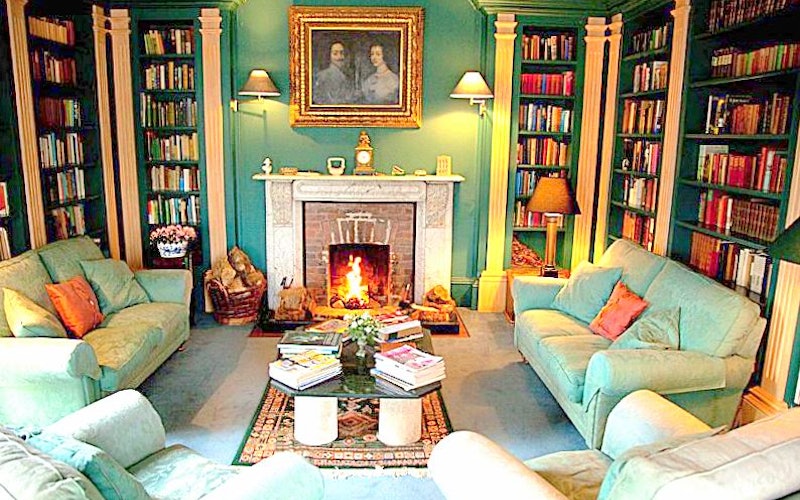 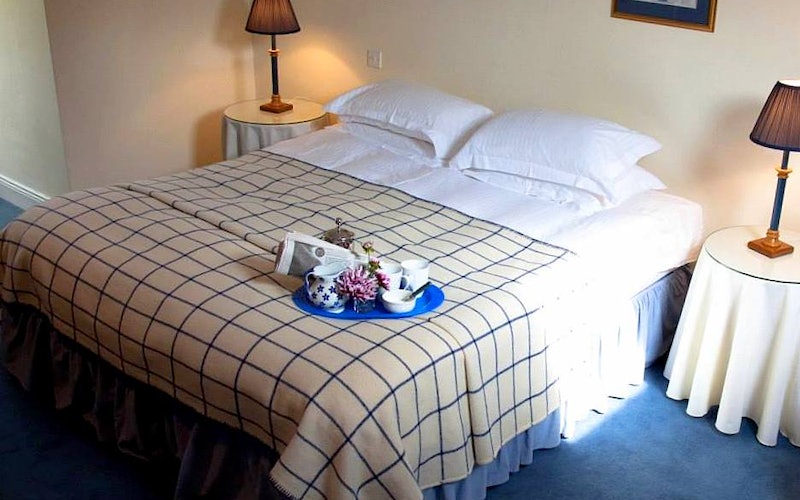 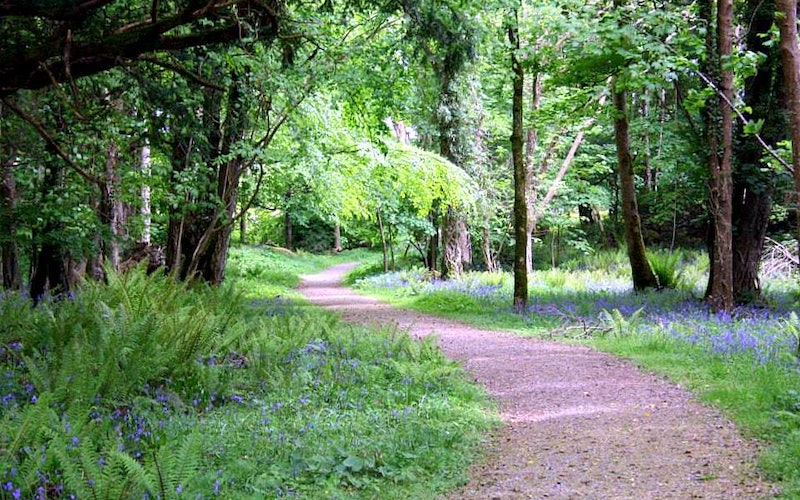 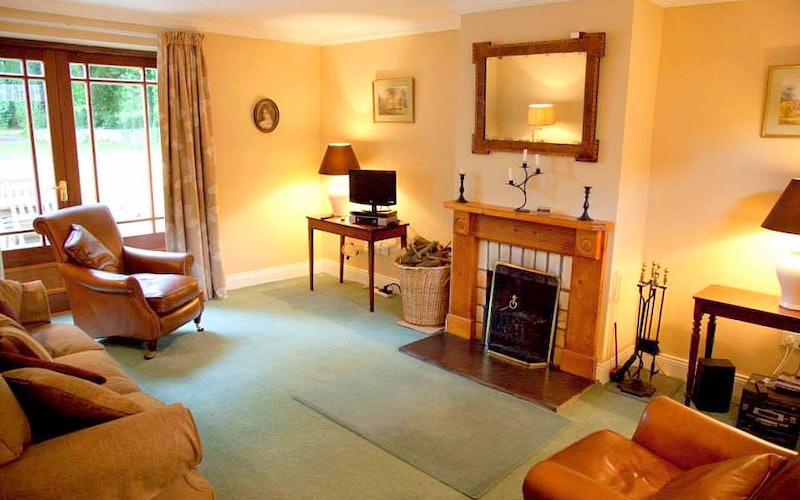 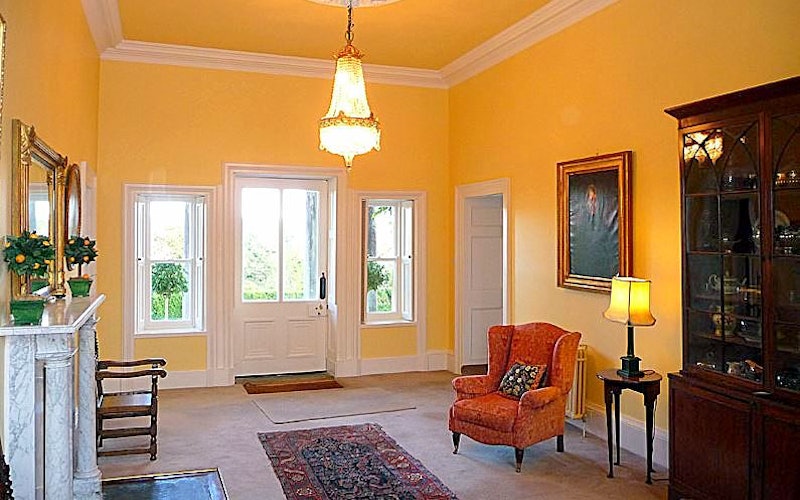 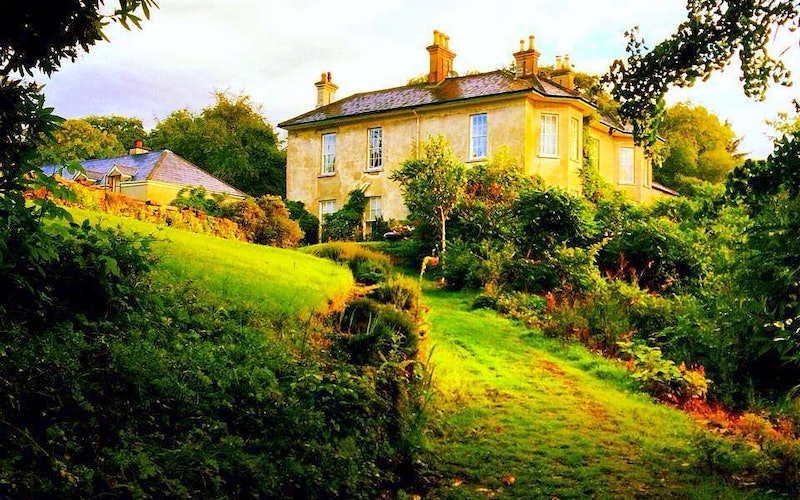 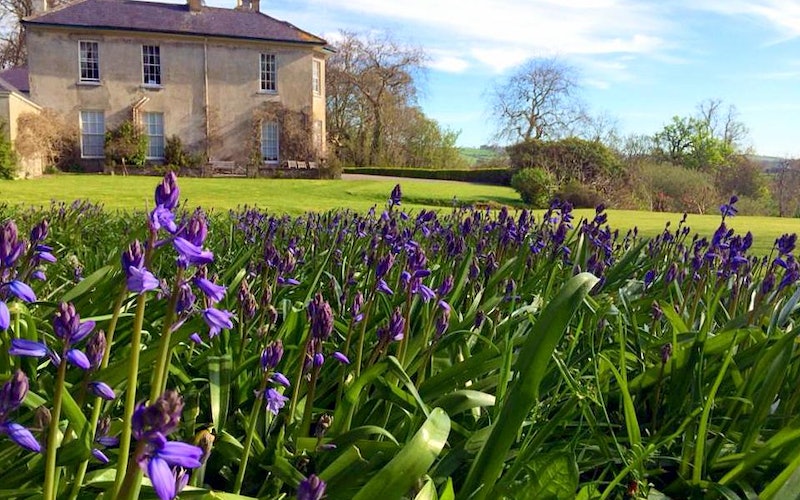 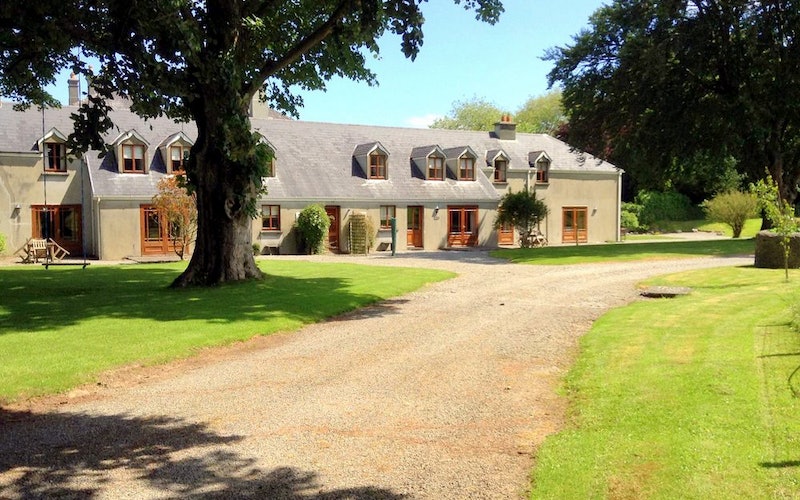 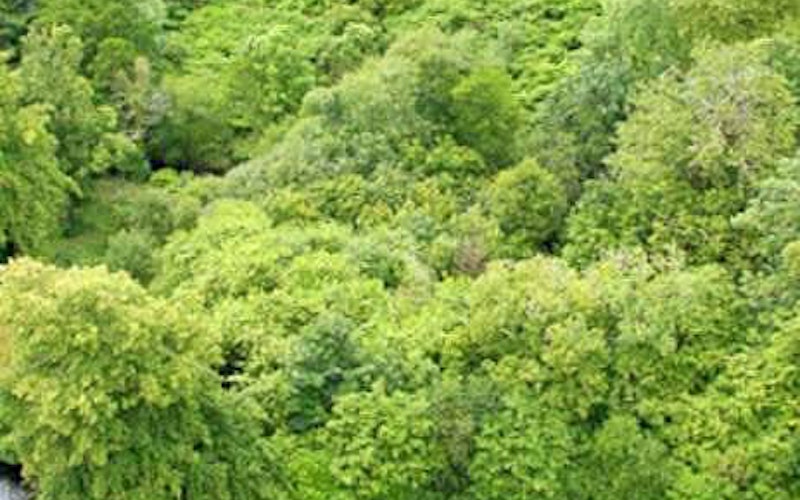 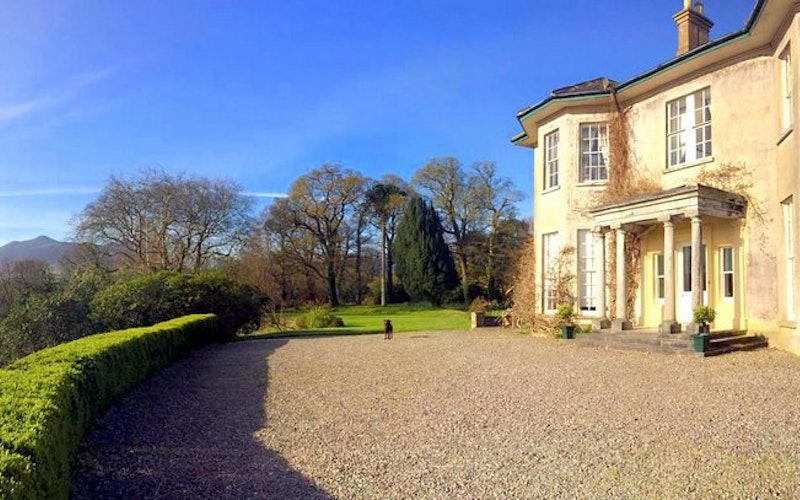 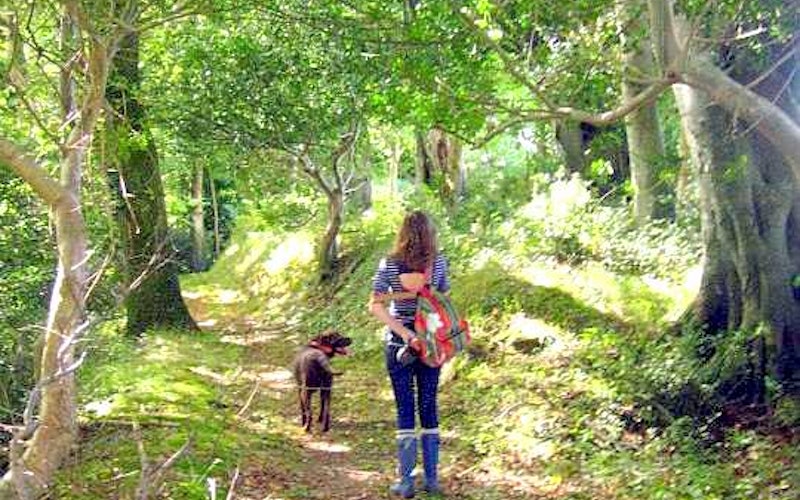 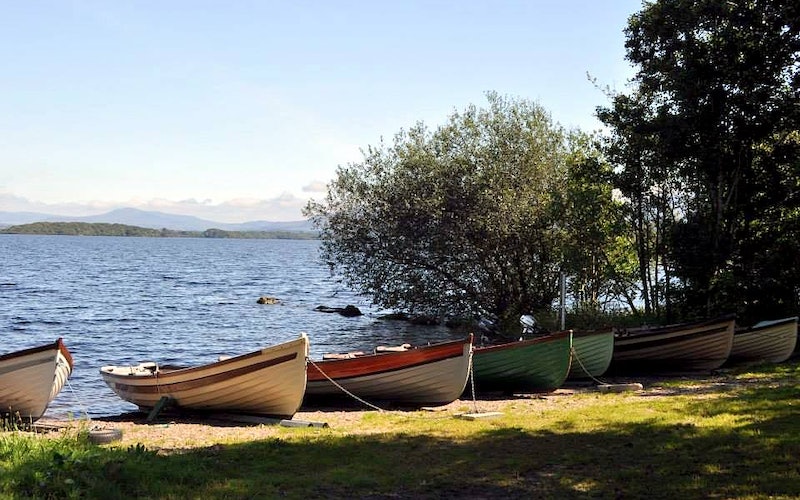 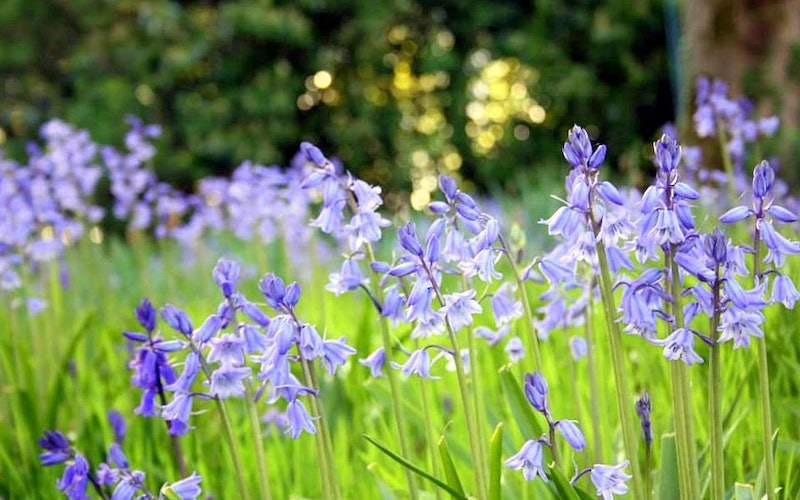 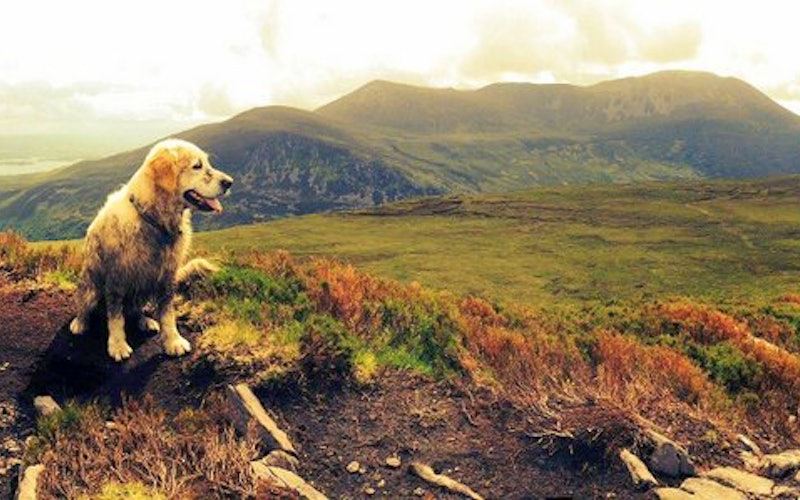 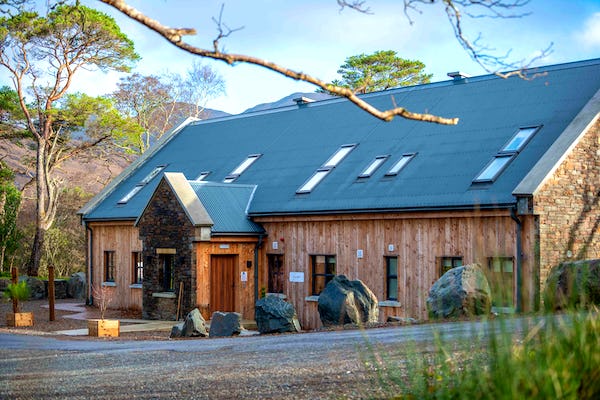 Your dates are available!
Check for availabilityWe don't know if this is available
from £112/ night 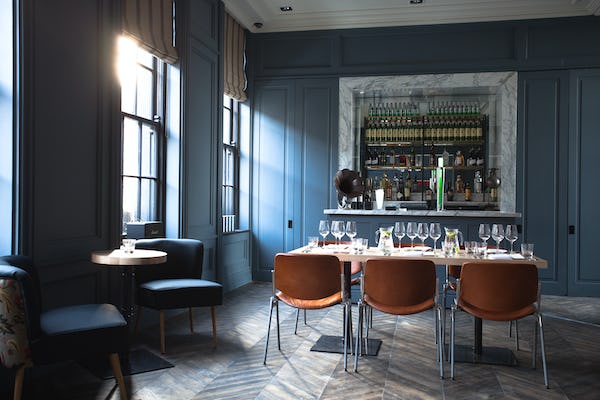 The Dean is where you want to stay in Dublin, luxurious rooms and a fabulous cocktail bar.

Your dates are available!
Check for availabilityWe don't know if this is available
from £1540/ week 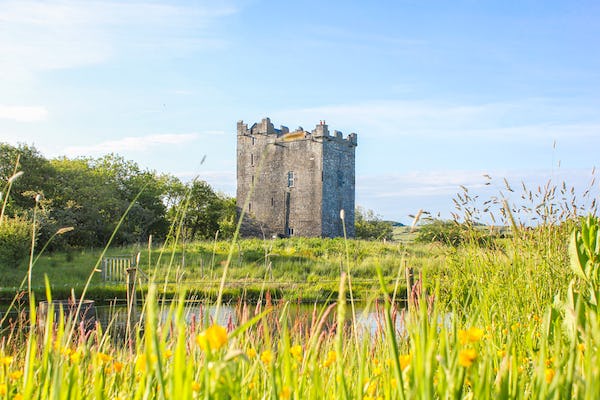 Enjoy tranquillity, privacy, peace, solitude and location at Smiths Castle - An authentic 15th century Irish castle with a fascinating history, overlooking a river valley on the west coast of Ireland.

Your dates are available!
Check for availabilityWe don't know if this is available
from £137/ night 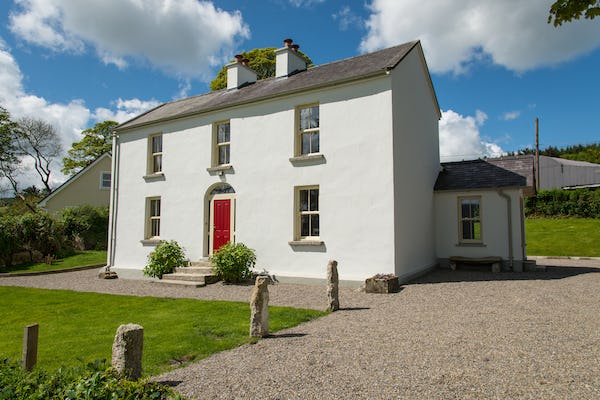 Spectacular lake and mountain views, great food and beautiful farmhouse rooms are all part of the charm of this 5 star B&B, just an hour from Dublin in rural Wicklow

Your dates are available!
Check for availabilityWe don't know if this is available
from £169/ night 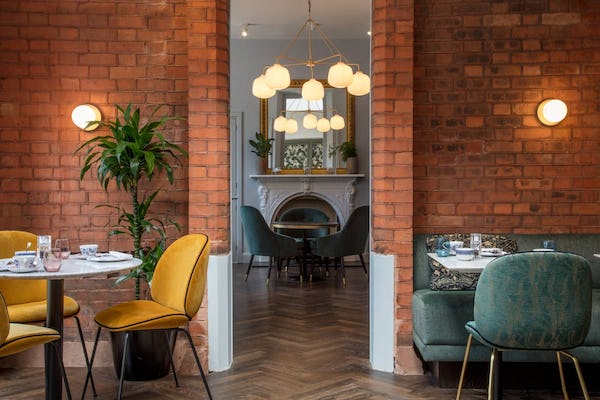 Your dates are available!
Check for availabilityWe don't know if this is available
from £956/ week 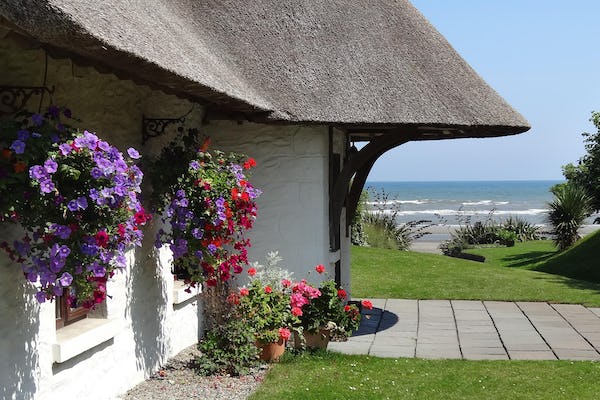 Your dates are available!
Check for availabilityWe don't know if this is available
Your perfect Autumn break awaits!
from £114/ night 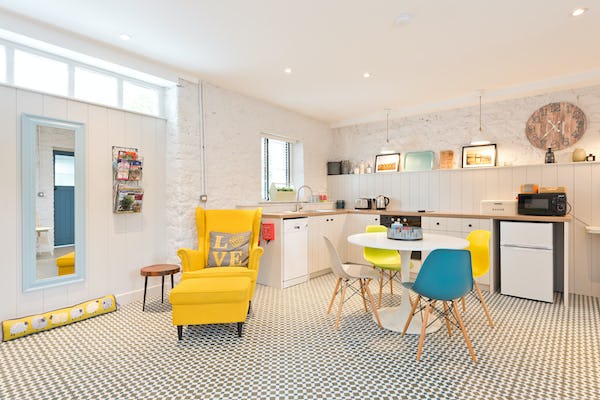 Also with this owner 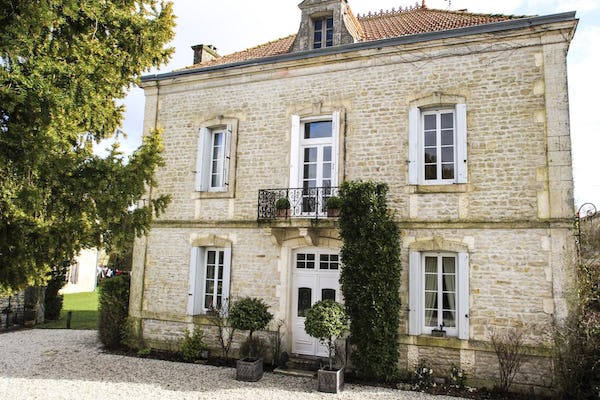 Enjoy the classic French elegance at this stunning property set in a quiet farming village in sunny Charente, half an hour from the chic city of Angoulême.

Your dates are available!
Check for availabilityWe don't know if this is available
from £3825/ week 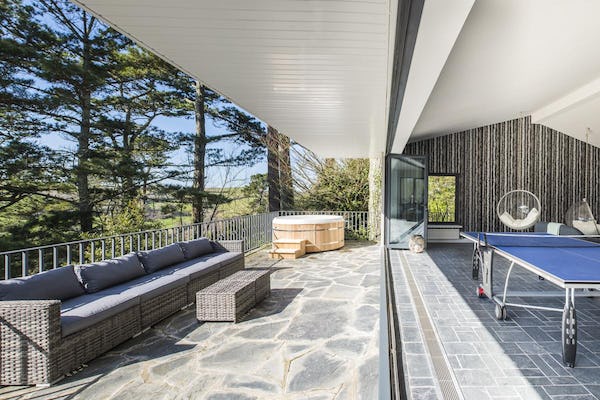 Modern spacious holiday home for 14 in the beautiful Devon town of Salcombe complete with its own hot tub.

Your dates are available!
Check for availabilityWe don't know if this is available
from £5816/ week 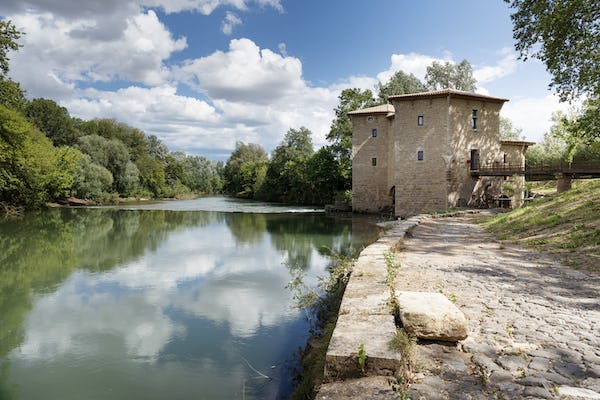 Beautiful watermill set on the banks of a river in the south of France, perfect for groups or trips with the whole family.

Your dates are available!
Check for availabilityWe don't know if this is available
from £5312/ week 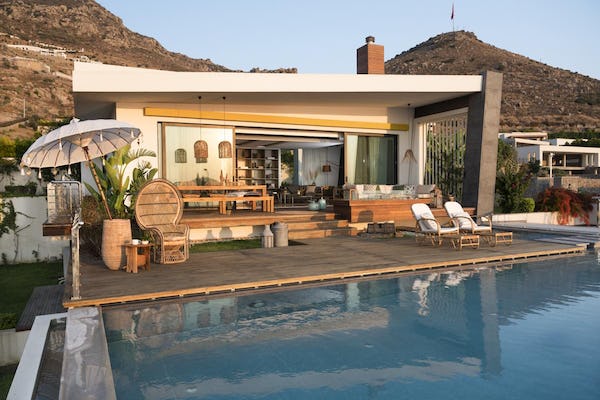 Your dates are available!
Check for availabilityWe don't know if this is available
from £5084/ week 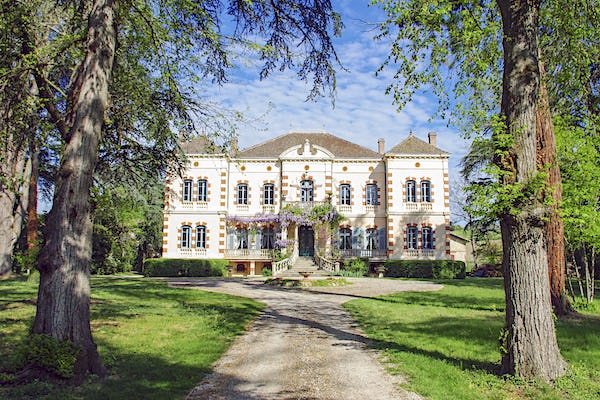 On the banks of the Tarn river, Château Gaillac is a late Napoleonic, belle époque style extravaganza of opulence.

Your dates are available!
Check for availabilityWe don't know if this is available
from £8088/ week 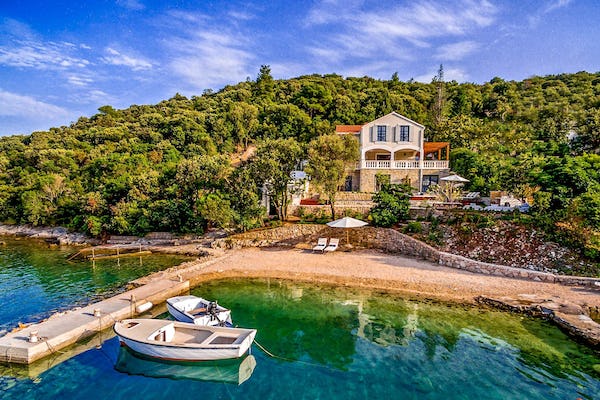 Characterful waterside villa with direct access to a secluded bay and beach. The perfect haven for families and friends on the stunning island of Korcula, Croatia.

10 of the Best CoolStays in Ireland

You already have a current enquiry for this property.
If you'd like to message the owner please goto your messages.

Your message has been sent to the property owner and they should reply to you shortly. Please remember that many of our owners are individuals and sometimes it may take a little while for them to pick up your messages, particularly if your enquiry is late at night or over the weekend.